Dream moods simply lead to either a bad dream–a nightmare, or may bring forth a lovely dream.

Some individuals dismiss dreams as nonsense, thought patterns running ‘in question’, so to speak.

I mean, as we sleep since we are not mindful and in a position to manage them.

Others think that a dream is suggested to provide and serve a purpose. Perhaps that data that our mindful mind is not able to recognize.

Keep in mind as you absorb this article for its worth to you this profound principle from A Course in Miracles:

Let’s say that dreams are indicated to assist and serve. Like, various books, sites, workshops, etc. 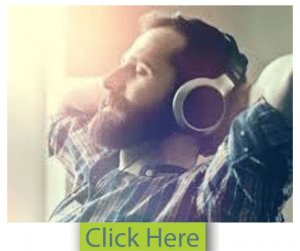 This online course helped so many live their passion…

As a result, have actually been created on the extremely subject of dream analysis.

Although I have had some dreams that have actually made no sense whatsoever. Likewise, I wouldn’t even attempt to look for a message in them.

Sure, I have had numerous insightful dreams that have assisted my life exceptionally.

Dreams might just be another pathway through which our instinct leads us.

I believe that not all dreams can be analyzed. I’m saying, scrutinized to the point of plainly exposing a message, they should not be written off as mere “rubbish” either.

By dreaming about and acting on the feeling a dream provided me something.

I had the ability to create a favorable impact in the life of another who lost their son, my childhood friend.

Throughout my early years, I had a wonderful friend. After going into college, then the military, our paths separated as we pursued our specific goals.

We crossed courses every “blue moon,” if you will, in the few years following high school; however encounters were rare.

About a two years later a bad dream hit me about my long lost good friend, Andy.

The dream truly carried no significance for me and I dismissed it as my mind recycling old memories.

A couple of nights later, another bad dream about Andy.

While I was away in the U.S Air Force, my mother called me to tell me that Andy was killed in a tragic car accident.

A day later I had another dream about him, and in the dream seeing the funeral with me not being there.

There were my old other friends in  our circle carrying Andy off to his grave.

I sensed they were lost, dissatisfied, and confused.

I could see that this as healing taking place in me with growth spurts.

My mother mailed me the newspaper clippings of the funeral; with photos of my other friends carrying Andy’s casket.

Speaking of dream moods I starting realizing some important things.

I felt forced to write a letter to one of Andy’s three brothers and parents.

The entire family let me know that they were happy and peaceful about the relationship Andy and I had growing up through the years.

I took pleasure one night on the couch with soft music in the background from my Beatles album about how nice it was to know Andy in this world.

My mother, Andy’s family, and my other friends’ heart and soul began making me feel better and to heal.

The next time you have a dream, do not be so quick to dismiss it. Some dreams lead no place, that’s real.

We can’t chase after every one.

(Here’s a suggested related article on: How to open your mind to achieving goals and dreams by this best strategy:)

Next, let’s look a dreams and goals and their meaning to you.

What about Dream Moods their Interpretation?

The analysis of dreams by dream experts may be almost as old as dreaming itself.

We know that all human beings, and numerous animals, dream every night. So humans have always been captivated to discover what triggers dreams and what they imply.

We understand that since the analyses of dreams were in permanent type on clay tablets.

In lots of cases, these individuals looked upon the dream world as an extension of the physical world around them.

As well, lots of cases they saw the dream world as more effective than the waking one. 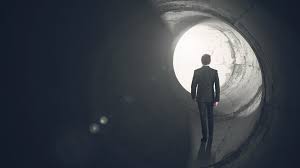 I just love this video for creating a wonderful life…

Dream moods analysis was such a crucial field to the ancients.

The Scriptures have enlightened world that dream interpreters often accompanied generals and other military leaders into battles.

Dreams were taken exceptionally seriously, and the world as a whole in specific frequently viewed dreams as messages sent by their Divinity.

Dreams likewise had a spiritual material message in so many ancient counties and regions.

The bad dream was also put into Scripture by the ancients in the form of however they could pass the word along.

Those whose dream moods were especially vivid or considerable were believed to be blessed. As a result, were provided unique status in these ancient societies.

Similarly, people who were able to interpret dreams were believed to receive these intrinsic messages directly from the Divine. As well, they enjoyed an unique status in society too.

There are almost 1,000 mentions of dreams in the Bible, and individuals in biblical times saw dreams as extremely considerable.

A bad dream as well as revelations and their interpretations are pointed out in many of the most substantial books of the Bible and other holy Scriptures.

In most cases, dreams were typically seen as a kind of prophecy.

Individuals typically interpreted their dreams as cautions or prophecies, and adjusted their activities accordingly.

In some cases, dreams were even viewed as the work of demons, meant to puzzle and difficulty the dreamer.

Dreams were so important that they typically determined the actions of political and military leaders. Sure, impacting everything from the prosecution of a conflict or battle to the outcome of a political decision.

Dream moods were likewise thought to provide important hints to healers. Yes, and they were used in the medical diagnosis and treatment of all manners of disease.

Dreaming was typically considered by native peoples as a way to commune directly with spirits and gods. Likewise, dreams are still utilized in this method by cultures all over the world.

Lots of people believed, and some still do, that throughout dream sleep the soul leaves the body and communes with the spirit world.

The Orient Nations were one culture who thought that the soul left the body each night throughout dream sleep.

They thought that if the dreamer were suddenly awakened the soul may not have the ability to go back to the body. That is why some Far Eastern or Orient are still wary about using alarm clocks.

This is simply one example what you’re dreaming about; I mean of how ancient legends can remain into the modern world.

Some Native and other American societies share this ancient view of the value of dreams. And share the belief in a different measurement that is visited during dream sleep.

These individuals thought that their left forefathers lived in their dreams, and that they were able to take types like plants and animals.

During this period of time, dreams were believed to have no meaning at all, and interest in dream interpretation all however evaporated.

The late Abraham Maslow spearheaded personal development and stunned the world of by stressing the value of dreams.

Just as well, he restored the art of dream psychology and its interpretation.

In lots of cases, these people looked upon the dream world as an extension of the physical world around them.

Yes they did, and in numerous cases they saw the dream world as more effective than the waking one.

(I also suggest another related article about: Bear in mind, for making life adjustments it is everything about ‘Living your Dreams’ while not needing to transform a point, that much.)

To bringing your happy dreams to reality,

PS:  I invite you to sign up RIGHT HERE.  Or in the footer below for the EVERYDAY MIRACLES newsletter.

It’s where we (you the reader, and I, the author) bring our mind together for self-success.

PPS. Welcome to my website. Please feel free to tool around through the menu and see what others are discovering!

And for a better life. 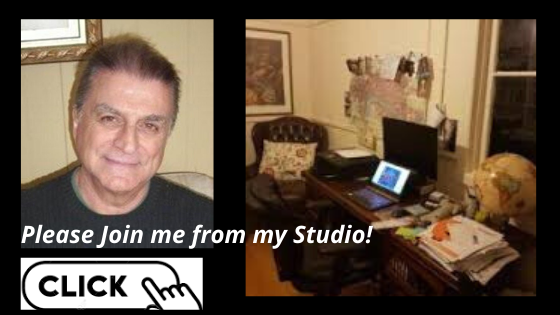 Be sure to checkout the Master-Mind Challenge!

Visit the rest of my blog where you can search for a more detailed article of interest. See the SEARCH ICON at TOP LEFT, or Above the Features Postings.

As well, self-help library, other articles. Also, webinars and lectures, and more, also for A Better Life Podcast.