James Nussbaumer is an American author with eager interests about redirecting the mental power of our mistakes—before we act them out—into positive results.

His books, articles, videos, and lectures are challenging, humorous, and elevating.

Nussbaumer’s messages take us on an inner journey to becoming The Master of Everything; a series written from deep in the rabbit hole of the prison system.

Yes, and his voice is direct and real enough readers won’t realize turning the pages on the way through his remarkable personal story.

Though, a free man now thanks to a higher court and a forgiving Judge. He operates on equal parts of determination, faith, and hope, while guiding his readers to a supreme knowledge of their own.

He had a career as a former financial advisor of 25 years. And which was following service for his country with the U.S. Air Force, and then, was indicted in 2007.

As a result, received a comparatively exorbitant sentence of 10 years in prison. It was over  a foolish securities violation to offset losses he incurred for clients.

Of course—the entire amount of which was been repaid.

The severe sentence was overtly political, meant to “set an example.” This was during a period of panic and abuses in the investment industry.

Nussbaumer admits his time in prison was surely hell, and also unexpectedly fruitful.

Meaning that, resulting in his return to his first love, writing. It was while surrounded by the chaotic, volatile, and often violent din of the cell block.

He adds that, “And from prison I landed a wonderful mainstream publisher for my books.

The Master of Everything: A Story of Mankind and the World of Illusion We Call Life, is the first book of an ever-developing series, published by Ozark Mountain Publishing Co.

James Nussbaumer has explored how we may get over life challenges.

He certainly admits that a lengthy prison sentence proved he must be pretty powerful.

He’s stated in several interviews, “If I could mess up my life and career the way I had, this creativity came from somewhere.”

He adds, “Don’t get me wrong; I’ve always been an optimistic and decent individual, but seemed to make lousy choices.”

He has proved to his many readers worldwide that in prison he finally realized there must be a way. Meaning, to apply the same mental power he’d used in his errors to create a much more positive and constructive way to live.

His books continue to arrive onto the scene about the story of humankind and our concentration on behavior.

All of the things that frighten us occur in a world of illusion, a collective dream we call life.

A miracle is not a rearrangement of the figures in the dream of life, but an awakening from that dream.

James speaks everywhere and welcomes the questions and concerns of truth seekers around the globe about bringing forth miracles into their lives.

He adds that, the miracle is about seeking out a practical goal and a return to inner peace.

We’re not wishing for something outside us to grant us our freedom. But rather for something within us all to be free and have your life dream be a reality.

Mr. Nussbaumer looks forward to meeting so many of his readers. Yes, while promoting the series today in your town, at an event, or online.

He says, “This sets him physically and spiritually free.”

He has three daughters and four grandchildren. When you get to know him, you will find that he enjoys the idea of, “Freedom being everything.”

Some months after he found himself in prison at age 50, a remorseful and shattered man, he was moved to a section housing “old” prisoners: anyone over 35.

There, he was stunned when the locker he was assigned contained a worn, yellowed and dusty book no one would claim—a book he’d been searching for to no avail: A Course In Miracles.

Along with frank descriptions of prison life.

Written from deep in the rabbit hole of the prison system his voice is direct and real enough readers won’t realize turning the pages on the way through his remarkable personal story.

Though, a free man now thanks to a forgiving Judge, he continues to operate on equal parts of determination, faith, and hope, while guiding his readers to a supreme knowledge of their own.

His public speaking is geared globally with lectures that are instructive, challenging, humorous, and elevating.

Nussbaumer’s inspirational messages take us on an inner journey to becoming The Master of Everything.

(This other related article may help for overcoming life challenges: So why do things happen the way they do especially when trying to overcome life challenges?)

See more at the Home page or About/Books on my ever-developing series for a better life.

I hope you visit the rest of my blog where you can search for even more detailed ARTICLES of Interest. See the SEARCH ICON at TOP LEFT, or Above the Features Postings. 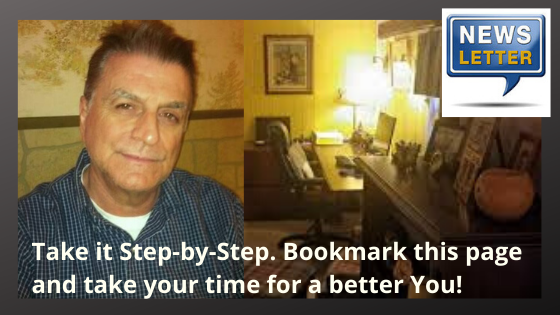 As well, self-help library, other articles. Also, webinars and lectures, and more, also for A Better Life Podcast.

Posted in Self-Improvement and tagged a course in miracles, dream we call life, Freedom being everything, mental power, positive results, The Master of Everything, Who is James Nussbaumer.