To reach for goals and go for your dreams is essential for gaining confidence in all that you pursue in life. Doing so guilt free and all loving, regardless of what others may think you should otherwise do, helps your character shape up nicely and gives you a sense of accomplishment.

A Course in Miracles states, “Love is not learned. Its meaning lies within itself.”

During my thirties I spent much time in the Clearwater, Florida area, not only expanding my business practice as a financial advisor, but also playing some good golf.

The golf course proved to be a great place to meet with other business professionals in their own spare time, and to take advantage of the Florida sunshine.

One lovely sunny afternoon at Lansbrook Golf Course in Palm Harbor, while grinding away at my own swing on the driving range, fantasizing about my own goals and dreams, I met Jon Phillips. 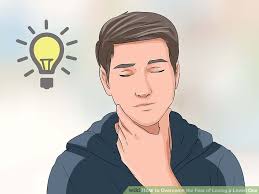 Learn to bring your dreams to the surface

I could see that this nice man, about my same age, had undoubtedly been at the game of golf for many years.

No golfer could have developed a swing like his without years of devotion to the craft.

I watched in amazement as he used his small, slender frame to pound ball after ball off the practice tee, just as precisely as possible.

It couldn’t have looked any finer.

Even an inexperienced golfer, someone who had never touched a golf club before, would be able to spot a talent as Jon played.

I soon learned that Jon’s real goals and dreams were in taking his self-built small communications company to a greater level. At the time the company was barely funding his golfing addiction, as well as supporting a lovely family and personal life.

The two of us were soon off to a good start at par in a great friendship.

After a couple of rounds of golf together, Jon invited me to become a regular in his Monday and Thursday golf league that played at other courses in addition to Lansbrook, which I was calling my home golf course.

This league was competitive and helped me to gain confidence in my game. 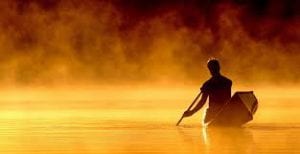 Learn the law of attraction for your goals and dreams

I accepted, and discovered by talking with others in that group of great guys that Jon was considered by many to be one of the best golfers not only in the area, but in the entire state of Florida.

Jon had won all of the local tournaments “hands down,” over and over, and several trophies from state and regional events as well, never having declared himself to professional status.

Some affluent area business owners formed a group to offer Jon financial backing, urging him to head to the pro circuit.  They wanted to help him pursue the PGA Tour.  These guys—mostly older men, some retired—could see themselves in Jon.

There was nothing in it financially for them.  They just wanted to see a local talent prove himself in the big time golf world, a chance they wished they’d had themselves in their younger golfing days.

This would be a dream come true for almost all serious and exceptional golfers at Jon’s level of play; but the offer was only for Jon, and not for anyone else.  If you’d ever met Jon, you would see why this good-hearted group of men wanted to help him.

Jon’s likability blueprint and humble nature and personality had “champion” projected within a guilt free halo over his head.  But Jon would not accept their grand sponsorship and he let go of the idea.  All he would say with humility was that it was “not what he wanted.”

I would often notice others trying to make Jon feel guilty, and they would talk behind his back about not understanding why he would not take advantage of this offer—“the chance of a lifetime” as they saw it. 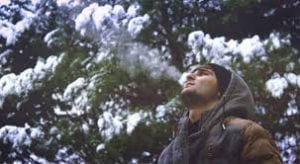 Begin tapping into the real power of your mind

The same individuals who judged and criticized Jon for this would try to project an image of him as lacking belief in himself.

But I could see, simply from playing competitive golf with this humble guy that Jon had no reason for overcoming guilt of any size for not accepting the offer, and a lacking or scarcity mentality was not the case.

I say guilt free,  because I’d witnessed his confidence level even when some bad luck came his way, for example, causing him to become two strokes down with three holes to play, and needing an “up and downer” from a deep greenside bunker just to stay in contention.

He could quickly and easily let go of the past. This man was a “player.”  He was always the finest of gentlemen when conceding a match, too.

Jon Phillips had what many of us golfers imagine in our own goals and dreams.

(If you are urged for more content on achieving your goals and dreams, please check out a related article about What You Want To Be, and going beyond what’s in your way.)

To your guilt free goals and dreams,

I hope you find the video version of this article thought provoking!