Here we discuss letting go of negative core beliefs for personal transformation, and as limiting beliefs fade away moving on in life.

Many self-help and personal growth professionals, life coaches, counselors and therapists will admit that true authentic forgiveness is overlooking the error in thought by going beyond it.

This has actually been laid out in mind secrets exposed which I suggest you look at for getting the life you want through the power within you.

I mean that moving on from the past, rather than harboring loneliness and judgement  toward others.

And this forgiving has so much to do with healing broken relationships or when a loved one passes on and bringing them to holiness, as I ‘d written before, and am sharing in the For A Better Life Podcast below.

A Course in Miracles states that we all stand within the holy instant– which is in the now, as clear as we would have each other be.”

You are no longer on the bridge that connects the two worlds. The bridge from past to present no longer exists.

You may be asking yourself, “How do I know when I am there?” The answer is simple. When you begin to learn how to forgive and no longer have to think about it.

I LOVE this system for making your dreams a reality

It’s why I urge you to learn how to do mindfulness meditation and breathing meditation. In fact you can see for yourself here in the 7 minute mindfulness system.

That said, let me share a brief true story with you:

Letting Go of Negative Core Beliefs for Passion in Life

Very much in love with each other, and a life of passion, they had a close family with three children and a few young grandchildren.

When I first met them, they had been married for just over thirty years.

Frank and Lorna were a fun-loving couple and always on the go and always knew how to forgive or “let go”.

Lorna said the way she felt was odd. Her body physically was very weak, but she had a strong desire to keep moving, and this, she said, was a source of strength.

You see, they were always traveling the country in their motor home and saw much of the USA, and Lorna was fighting internal cancer and was undergoing serious  treatments.

She had just finished a lengthy series of chemo, hoping it would be her last. The doctor was going to be in touch with her within a few weeks about her progression.

Rather than sit around and wait to hear from the doctor, the two took off for a much-needed thirty-day excursion in the motor home.

Lorna died during the trip.

Her body was flown back home, and Frank had to travel back home alone to prepare and greet the body for the funeral.

When Frank purchased a headstone for the cemetery, he had it inscribed: “The light of my life has gone out.”

Frank was lost for a few years and even told people that he felt as though he was walking in his sleep. He had no desire in him whatsoever.

Frank thought more of Lorna than anything in the world.

That was until he met a young lady, ten years younger than he, and fell head over heels in love. Yes, he’d found again, a life of passion, again.

To be all he is capable of being!

He realized he had been mistaken about his first wife being the only person to satisfy his thirst for life. He felt there was something new being added to his purpose for living. 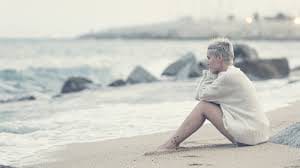 Learn Miracle Manifestation to get the life you want

He gained the knowledge he was able to fill the void in his life.

He realized it was not his decision to fall head over heals in love when he met Ellie. Frank asked Ellie to marry him, and she accepted, with one simple request.

Ellie knew about the inscription on Lorna’s headstone and asked that Frank try to change it somehow.

Frank went about looking for someone to either change the wording or remove it on the headstone.

He went back to Ellie with the the news and the two of them went ahead with the wedding when Frank found a man who was able to undo and correct the headstone.

When the two came home from their honeymoon, traveling all over the country in the motor home, they took a ride out to the cemetery.

Ellie was surprised– in a humorous, joyful, and loving way– when she saw that the inscription on the headstone now read: “The light of my life has gone out, but I struck another match.”

All Frank told Ellie was that he had found another way of looking at everything.

Here’s how you can overcome adversity.

Yes, by another way of looking at the world.

To forgive yourself is also to forgive the past and “let it go,” because it is gone.

You are no longer trying to travel on the bridge that connects the two worlds. The bridge from regrets of the past to the present moment no longer exists.

Frank asked Ellie to marry him, and she accepted, while they both were seeing newer light about the world.

Next I must discuss that it’s when you begin to let go of what is holding you back and no longer have to think about it, is when your world transforms.

(Here’s an upfront review on the 15 Minute Manifestation – Does it really work to get the life you want?)

When this permanent connection into the core thoughts of anatomy has been made, and the head and the mind are balancing one another; it is so much easier to see and feel negative core beliefs pop up.

These negative beliefs tend to cover up your true essence with stuck limiting beliefs and  feelings. 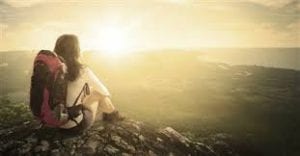 The state of grace and feeling the vast attraction of the power of the universe–which we may say is love, is truly a blessing.

Sometimes it may even be hard to discern what negative core beliefs are running our minds.

A large amount of my ever-developing book series, beginning with The Master of Everything: A Story of Mankind and the World of Illusion We Call Life, deals with how thoughts and perceptions become feelings and are always connected to peoples beliefs.

I mean how one of the main reasons that all of us are here on Earth, passing through time and what seem to experience called life and death, has to do with moments of mindfulness where we actually manage thoughts and perceptions.

This is what what Frank, in the story above, meant by finding another way at looking the world.

This means taking responsibility for the fact we decided to be here at this time, and that we all create our own life and a reality we can call our own.

In the accelerated people’s beliefs built on thoughts and perceptions today, stress and anxiety is fed by the limiting beliefs from negative core beliefs of the environment.

These negative core beliefs tend to drain our energy.

Negative core beliefs are part of the program we are fed by society, from the time of conception.

Of course now the dynamics of thoughts and perceptions bringing on projections and assumptions have changed from generation to generation.

The other night I was deep into mindfulness meditation and all of a sudden I felt something tightening my brain and more firmness in my mid section and abdomen.

I traced the feeling back to limiting beliefs: It’s the nature of the ego-based mind that some refer to as “duality” to be blocking or obscuring my natural inner light to create the life I want.

The Course in Miracles states, “The ego literally lives on borrowed time, and it’s days are numbered.”

It’s always holding me back.

I released these limiting beliefs via these few words below from the Course in Miracles workbook, and in a short prayer:

I immediately felt a whole lot more inner freedom and minimal negative core beliefs  within my being. 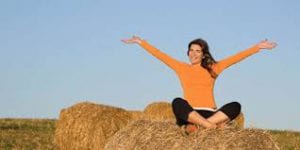 I believe that when we concentrate on opening on forgiveness the heart of divine unconditional love will continue to shine through us and help us overcome limiting beliefs.

Prayer is the asking for our creativity to be uncovered, and meditation is listening to the inner voice giving the instructions as to what to do next.

That little prayer was ‘heard’ in that present moment.

Since I have realized this some years ago, my process of allowing negative core beliefs to be in charge of my life here on Earth has nearly diminished.

But keep in mind as humans we are ego-based, and we will always have some negativity to deal with.

This new way of looking at the world is a permanent activation that keeps on working within our being and supports us spiritually, physically, psychologically, and emotionally.

It manifested the other day in my mindfulness meditation to free me of this wrong-minded ego-based thought system, that had wrapped itself around and grabbing my brain.

When we voice intents, pray, and meditate we stimulate the flow of how to live in the moment and it becomes much easier to stay centered in the Now.

The deeper our connection of being grounded in the present moment, the easier it is to be cognizant of when negative core beliefs are taking us further away from realizing our true creativity.

This might be where Frank was psychologically when he found light in the new inscription in the head stone, in the story toward the beginning of this article.

(Please note, I also suggest part 2 of a review article on Deep Sleep Now 15 Minute Manifestation: and is it for you?)

To living in the moment,

PS:  I invite you to sign up RIGHT HERE for the EVERYDAY MIRACLES newsletter where we (you the reader, and I, the author) bring our mind together for self-success and for a better life.

See what others are discovering!

It’s for a better life and success

See more at the Home page or About/Books on my ever-developing series for having a better life—reflections of A Course in Miracles, or see the display at Ozark Mountain Publishing Co.

Please Support My Work: Many have benefited from this material and we are offering you access to my blog, self-help library, other articles, webinars and lectures and for A Better Life Podcast.