But it can be overcome!

This certainly doesn’t consider you to necessarily be someone lacking confidence.

In my previous article I talked about mailing my handwritten invitation for the Worldwide Mindfulness Meditation to my friend William.

And in another article describing that from deep in the rabbit hole of the prison system I’d gotten word of this event from a woman in Croatia, named Nakita, whom I’ve never met ever before.

As a prisoner, I had my doubts about the validity in all this, but went along with the idea regardless. One thing I did know for certain: I was going to be careful in honoring the esoteric quality of the principles contained in A Course in Miracles.

Get the Free newsletter

Everyone has their own interpretation of ACIM, though similar, with Truth as the common theme.

I never wanted anyone to feel the A Course in Miracles is being pushed on them, or sold, or to feel I wanted them to convert from their religious faith.

This is not what ACIM intends to do.

More so, it has been proven to enhance an individual’s current spiritual path, just as Nakita had written me about, saying her Catholic faith had been inspired and enriched.

Keep in mind that no church or religion affiliates itself with A Course in Miracles; it just so happens that Nakita is a Catholic.  The Course is not a religion, but it is a psychological interpretation of Christic philosophy.

Once I gave William’s question some time to soak in, I was simply guided to mail him the carbon copy of the mindfulness meditation announcement, along with a note letting him know I had received it from Nakita in Croatia.

In prison there was no copy machine for inmate use and a poor ill equipped old fashioned typewriter with damaged keys, so I’d handwritten a copy mailed to me from Nakita in Croatia, and found some carbon paper to secure a copy.

But I was still lacking trust and that crippling self-doubt was haunting me about this entire idea. 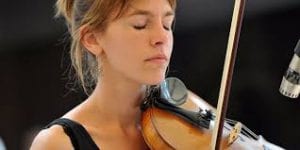 How to begin bringing your dreams to reality

But then I thought how someone who considers himself an honorable individual who makes mistakes like everyone else, doesn’t mean that what I call crippling self-doubt will never show its face.

So I let go of those ego-based thoughts and allowing self-trust to enter I realized I needed to mail the letter immediately, because December 22, 2010, the night of the worldwide session, was only two weeks away.

I included an explanation in the note that the flyer was describing a similar direction to the path I am on, and that I hoped to one day soon be out of prison so I could answer his question in a more satisfying way.

With that said, the carbon copy was on its way to William.

Again to my surprise, he responded immediately upon receiving it, replying with a short note on a generic postcard, thanking me for the invitation.

He added apologetically that this sort of thing was not for him, and that the church he had been involved with for many years had enough going on for the holidays to keep him busy and peaceful in mind.

However, with a tone of excitement, showing me positivity, William added that he didn’t think I would mind that he had mailed that carbon copy to his sister, who lives out west.

This was fine with me, and his thoughtful gesture helped me drop all that crippling self-doubt. 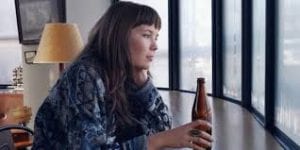 Here’s how to end doubt and live the life you truly want!

In fact, his effort gave me a sense of relief, just knowing that I had done my part.

I kept a thought alive in the back of my mind that William’s sister might be enthused and become involved in this ten-minute mindfulness meditation for world peace.

I put the matter aside and went on with my daily routine there in prison, getting by one day at a time in the volatile and often violent din of the cell block, studying A Course in Miracles while continuing to write and improve my God-given craft.

I also began thinking a lot about Nakita, and her message to me about how ACIM has her seeing a new self-fullness.  I tried to picture what kind of new insight she may be receiving now by going to Catholic mass.

Whatever it was interested me, because for much of my life I had found much of Catholic mass services to be boring.

Nakita had told me she was able to see Jesus as the leader of Atonement, waiting and holding her place securely in the interlocking and interwoven chain of minds.

She felt that when full Atonement is finally achieved, this would be the “promised land.”

It’s not a physical piece of soil or location at all, but is a union of minds, reawakened and at-one.

We must be more concerned about the psychology of it all, rather than the strong emphasis on the body.

Nakita shared her vision of taking communion as having nothing to do with Jesus’ body, as we were taught in Catholic school, but rather a symbol of being joined with the Christ-Mind, along with Jesus, who leads the way in the knowledge of this.

Communion of any kind is sharing each other, and is certainly peaceful.

I was allowing more and more self-trust to enter when she said that, “this understanding, her acceptance of this, is the answer to peace everywhere.”

A Course in Miracles states, “Be confident that you never lost your Identity and the extensions which maintain It in wholeness and peace.”

To allowing self-trust to enter,