Knowing that it is okay or will be fine when trusting others, simply means you will realize how to relate to that particular person by knowing yourself to the core.

In my previous blog article I spoke of a woman from Croatia, Nakita, from out of the blue, writing me letters while I was in prison, and offering me an invitation to join in on a worldwide mindfulness meditation for world peace.

But I was having a problem trusting her.

Considering I’d never met her before how could I have any sort of relationship trust?

Two or three days went by, and now the haunting voices in my head were calling me a “nut,” louder than ever before, for falling for such a seeming prank.  “That’s all it could be,” I would try to convince myself. 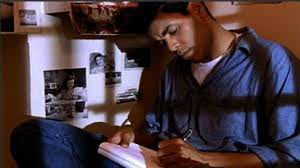 More on Tapping into your Real Inner Power

Some sort of prank to tease or play around with prisoners.  But I also started thinking, “Why am I being so hard on myself?  After all, my intent is good.”

I quickly sided with the fact that my ego was raising a fuss over the matter.  But why be defensive?  No attack was involved.

I thought about the issue of trust in any relationship being focused on whether I trust myself enough to ever begin trusting others.

I decided to take the pressure off myself and just have fun with the entire idea.  What could it harm if true joy within myself would be the worst outcome of participating in the mindfulness meditation?

Surprisingly, right at that time I received a letter from my old prison friend William, who had been released and was now enjoying his freedom with his two sons, who are both close to my age.

At eighty-one years old, William was sharp as a tack.  He had spent two and a half years in prison for a nonviolent offense so minor that it should never have incurred a prison sentence.

The State of Ohio’s tough-on-crime stance, which garners it much money from the federal government, is a “hard rock to bust.”  Don’t get me wrong; I’ve bunked next to many who certainly need to be in prison.

More about the Law of Attraction for your success

The point is that it can make for tragic miscarriages of justice when a prison identification number only represents the sound of “ka-ching.”

But this is the subject matter for a future article or perhaps a book.

Being ready to trust

Getting back to the subject at hand—William was the only other prisoner with whom I had ever shared any type of Divine Thoughts.  And I had held back, even with William, on conversing about A Course in Miracles.

I had just never seemed to have the right amount of readiness to trust and share what I’d learned.  I needed more time, I thought.  Besides, A Course in Miracles is not intended as some sort of recruitment device.

The esoteric nature of ACIM must be respected.

After filling me in on his financial success,  health, his news, and other small talk, William’s letter asked a question that raised my eyebrows a bit.

He went on to say that when he was in prison, he often noticed me lying on my top bunk with my face glued to a big blue book with gold lettering.

Of course William was referring to A Course in Miracles.

He went on to say that he’d noticed I seemed to be quite private and protective over the book and never discussed it with anyone.  He also noticed the consistent hours on end I was enthusiastically writing.

He added that while he was in prison, something inside him suggested he not ask me, and that if I was ever willing and ready to trust and share it with him, then he trusted that I would.

But now he was asking me to fill him in on what I had been so involved with.

I immediately began asking myself if I should write William a detailed letter explaining my devotion as a student of the Course.  But what would I say in a letter? 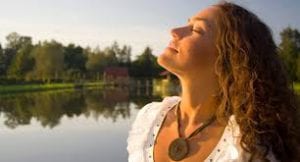 Uncovering the life you truly want

I did not feel comfortable having to explain myself and my knowledge, along with my experience, through the mail.

It was different with my communication with Nakita because she had been a student for some time.

But now I began contemplating sending William an invitation for the Worldwide Mindfulness Meditation event. After all, we’d certainly known of one another’s strengths, limits, and boundaries.

I’d grown to learn that knowing who I am and what I’m inwardly about, meant I could trust in myself about it being okay to send the invitation to William.

(Please note, I suggest a related article where I discuss Being in Denial and how it may open the door for Strong Intuition.)

To knowing yourself for relationship trust,

Find out more on the Newsletter here

Posted in Uncategorized and tagged a course in miracles, in prison, knowing yourself, mindfulness meditation, relationship trust, trust in myself, trusting others.