To forgive yourself is also to forgive the past and “let it go,” because it is gone.  You are no longer on the bridge that connects the two worlds.  In fact, the bridge from past to present no longer exists.

A Course in Miracles states that we all stand within the holy instant—which is in the now, as clear as we would have each other be.”

“In the Now” is where you exist.

You may be asking yourself, “How do I know when I am there?”  The answer is simple.  It’s when you begin to forgive and no longer have to think about it.

And this forgiving has so much to do with healing broken relationships and bringing them to holiness, as I’d written here in a related article.

It’s why I urge you to learn breathing meditation.

That said, let me share a brief true story with you:

What About A Life of Purpose?

Frank and Lorna were a fun-loving couple and always on the go and always knew how to forgive or “let go”.

Very much in love with each other, and a life of purpose, they had a close family with three children and a few young grandchildren.  They had been married for just over thirty years when I first met them. 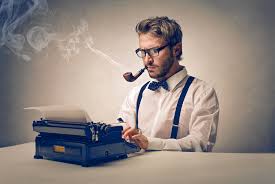 More on being in the Now, here!

Frank thought more of Lorna than anything in the world.

They were always traveling the country in their motor home and saw much of the USA.

She had just finished a lengthy series, hoping it would be her last.  The doctor was going to be in touch with her within a few weeks about her progression.

Lorna said the way she felt was odd.  Her body physically was very weak, but she had a strong desire to keep moving, and this, she said, was a source of strength.

Rather than sit around and wait to hear from the doctor, the two took off for a much-needed thirty-day excursion in the motor home.

Lorna died during the trip.  Her body was flown back home, and Frank had to travel back home alone to greet the body and prepare for the funeral.

When Frank purchased a headstone for the cemetery, he had it inscribed: “The light of my life has gone out.”

Frank was lost for a few years and even told people that he felt as though he was walking in his sleep.  He had no desire in him whatsoever.

That was until he met a young lady, ten years younger than he, and fell head over heels in love. Yes, he’d found again, a life of purpose.

To be all he is capable of being!

He realized he had been mistaken about his first wife being the only person to satisfy his thirst for life.  He felt there was something new being added to his purpose for living.

He gained the knowledge he was able to fill the void in his life.  He realized it was not his decision to meet and fall in love with Ellie. Frank asked Ellie to marry him, and she accepted, with one simple request. 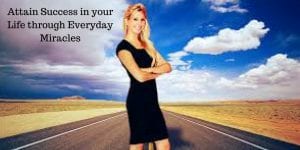 Ellie knew about the inscription on Lorna’s headstone and asked that Frank try to change it somehow.

So Frank went about looking for someone to either remove or change the wording on the headstone.

When Frank found a man who was able to fix the headstone, he went back to Ellie with the news and the couple went ahead with the wedding.

All Frank told Ellie was that he had found another way of looking at everything.

When the two came home from their honeymoon, traveling out west in the motor home, they took a ride out to the cemetery.

Ellie was surprised—in a humorous, joyful, and loving way—when she saw that the inscription on the headstone now read: “The light of my life has gone out, but I struck another match.”

Here’s why you can overcome adversity by another way of looking at the world:

To being In the Now,

See what others are finding!

I hope you will welcome my books and conferences!

Building a platform like this, alone, is not a simple task.

Posted in Uncategorized and tagged a course in miracles, breathing meditation, in the now, life of purpose, purpose for living, to forgive.