Are you like far too many of us in a quest for finding strength in yourself, and you’ve tried all simple prayer for healing ideas?

You may have tried meditation or yoga for inner strength, but still not getting the results you’d like for reaching particular goals and dreams.

In my first book of the ever-developing series, The Master of Everything, I made reference and good point about finding strength in yourself.

I discussed the appreciation I have for my longtime friend, Ron Skeen, who has been so influential in the positive outlook necessary for me to have there in prison.

Then in my second book called, Mastering Your Own Spiritual Freedom, I describe and explain why things such as Ron’s presence in my life, is a true miracle.

This individual’s consistent support in many ways has been a tremendous lift from the fog. Even while living in Florida he would find his way to visit my regularly.

The guards and the other prison staff working the visiting room, have come to appreciate Ron. Yes, his simple and congenial style, while his friendly mannerism has dealt with a few scheduling foul-ups.

One great thing about Ron, I have never found him wishing my situation were different. Rather, he helped me with what it is I must deal with now.

Recently at a visit, Ron wanted to expand after I thanked him for his continued support, which seems to increase with time.

His words were simple about finding strength in yourself, and made such perfect sense.

Ron went on to comment that by helping me along in the manner he does indeed help himself. He tells me that his letter writing to me has proven to be a sort of therapy for himself.

For him he told me it was more about uncovering one’s self strength rather than finding strength in yourself. 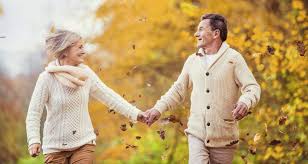 See this free video on creating the life you want

He added that it helps keep him grounded and in touch with who he is deep down “beyond the bone”. And concluded this becomes a simple prayer for healing, is the “real deal” for him.

If you were to meet this good man, you would see that this is exactly his style of word usage. His “lingo” is not a bundle of fancy, made-up jargon (BS), but is to the core of him.

At one particular visit, Ron, a few years older than me, went on to say something inspiring. He added that he sees my release from prison one day as a glorious event, yet to come.

He wants me to understand that his present peace of mind about my situation is in the fact that I do have a definite release date.

My longtime friend is well aware of the majority of those I reside among serving life sentences without chance of parole.

His outlook and counsel with me here has placed me much at ease when I rest with this process for thinking.

A Course in Miracles teaches us this mind set when we study its sixteenth principle of the fifty that are the backbone to ACIM.

When we look at and contemplate this lesson, we can learn why true cause and effect is not two separate states, but is one.

The effects don’t create their cause, but they do light up and display its causation.

In this sense, we as the Son of God in traditional terms, have established His Fatherhood.

Or, how could I ever be a proud father without my lovely daughters, Erin, Megan, and Kacy?

As a whole Son (Child) of God, we are a father of our own creations because we create (give) just like Him, by extending our thoughts.

If we want to project an image here, we can say it is a never ending, infinite circle of cause and effect.

Try to see that by true extension of Self is your inner strength and is an ongoing prayer for healing that gets answered.

This is reality the ego-based mind aspect in us all as humans can never be a part of. But can be filled with fear and doubt, judgement and the like, which is the ego’s foundation.

This true extension of inner strength is the real universe. It is that circle of forgiveness, a constant looking beyond the ego.

There is only nothingness or fantasy that can replace this realm.

(Here’s another suggested related article on: how and why trust in oneself develops inner-strength to live life on your own terms:)

Uncovering instead of finding strength in yourself is what keeps us forever free and innocent.

The circle does not contain us, but, rather, we are the circle with no limits of love. It’s which is the constant extension where nothing is confined and everything being pure.

The circle can be seen as our true nature which keeps us forever innocent and filled with freedom.

Only the ego’s images provide a lesson teaching us of being and feeling guilty. This is when you feel you must begin finding strength in yourself.

Why the guilt? That’s simple. Don’t you feel guilty when you try to be something you’re not?

When we operate from appearances we think if there is a good effect. But no pain or sacrifice to go with it, that there must be no cause.

We like to see this as “not meant to be”. It’s the “no pain no gain” ego-based mind set. But this, of course, is an unreal belief structure.

Whatever appears to be causing you pain, whether it is a circumstance or a relationship, or both, may or may not simply disappear because you have forgiven it.

The ego’s projected images don’t seem to change when you wish they would. But it is possible to end all the suffering in the projected forecast.

I mean by placing peace there instead of fear. Then, this will “uncover” the strength within you that guilt has covered up.

To subdue the fear, simply be real by answering one question that you must ask yourself. Here it is, and be honest with yourself:

What is the worst that can happen to me?

With your answer you’ll have the simple prayer for healing.

It will be a strength to stop the projection of fear and begin creating a newer and much more fascinating one.

How about a projection that expresses your true free will, purpose and passion in life?

This is where the Holy Spirit–your inner divine Guide, upon your invitation will re-interpret some things for you.

What I mean is for you what the ego was trying to portray all alone, by its depressing and fearful, guilty self.

With this right-mind set you’ll begin to develop abilities in the dream of what you want. Certainly, rather than only wishing things could be different.

Yes, I am saying this is how you create your life here on Earth.

You’ll want to make it an outward expression of who you really are from behind the ego’s projections.  Simple, wouldn’t you agree? 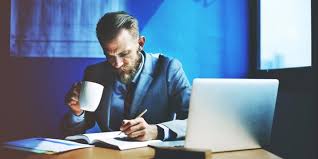 More here on how successful people think and grow

The ego at its best effort can only wish for things by making one projection after another that never seems to be right.

Due to its guilty complex that builds on each projection, it never sees an image to be considered a keeper.

Something always seems to be missing, and, therefore, feels wrong, and seeds itself more guilt. This is the ego’s circle, a vicious one at that, a dream of projections.

However, on the other hand, in your real wanting is where real thoughts of the real you from behind the projections have the power to persuade the dream of life. Or coach it along, if you will.

Yes, it’s finding strength in yourself by uncovering it and reflecting it to the material world.

In other words, get busy getting involved with what you want in life. Likewise, while doing so, be certain not to forget that the body’s eyes see nothing.

All that you are truly seeing really only experiencing your own projections.

Don’t worry about the outcome, but more so enjoy the idea of it being a journey. It is a joyous one that is backed with a cause.

It’s the cause that becomes a continuous simple prayer for healing.

If things don’t seem to be going the way you’d like, or if something seems to need adjusting, take a pause for however long it takes.

In this time you can ask the Universal Inspiration which is the Holy Spirit to inspire you. Ask that it be more toward a corrected path, and He will undo your errors.

He will come to you in the form of a new and true feeling, and will present you with projections that match.

(This other related article I suggest for: the life you want helps us see why far too many people making a life plan, but lack inner strength and motivation to actually take action and move forward in life.)

Posted in Personal Growth and tagged finding strength in yourself, inner strength, simple prayer for healing.