Life hardly ever seems to unfold how we think it will, and things usually never materialize in a timeframe we’d like.

But what is meant to happen will present itself in due time. We don’t really have the whole panoramic view in the presence of mind when we are hoping for a wishful outcome.

This is why we need to understand that what’s meant to happen, or what’s meant to be will always find a way. Let’s leave the timing of things up to the universal law of cause and effect.

In a previous set of blog articles , which I’ve linked together, I told you about the Worldwide Mindfulness Mediation I’d been invited to participate in from a mysterious woman living a Croatia, named Nakita, from my prison cell in an Ohio penitentiary.

I was able to make a handwritten carbon copy of her invitation to mail to my friend William, who, in turn, wasn’t interested, so he mailed it to his sister living in New Mexico. 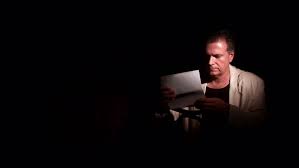 Here’s how to bring your dreams to reality!

Abundance came alive for me a few days after receiving William’s letter, informing me of his sister’s involvement in the worldwide mindfulness meditation at her Bridge club card party.

It seems a week prior to the event she had sent the carbon copy to her friend in a different state.

As you’ll see, it was meant to happen!

What’s Meant to Be Will Always Find A Way

Of all places at a wine tasting event!

That message itself was still sinking in when another letter showed up for me from the wine country out in California.   It was from Jon Phillips, my long-ago golfing pal from Florida, who was now living out west near the vineyards.

The story on Jon and I is yet in another series of articles relating to this entire saga. Needless to say, it was a huge thrill to hear from him again, and so soon after his letter to me.

The very first line of his extremely exciting letter went like this:  “Hello Jim.  How on earth did you figure out a way to come alive at a wine-tasting party that Becky and I attended recently?”

His first several words surely threw me for a loop, but I sensed something good to come and was eager to read on.

I remembered Becky, Jon’s wife, from our Florida days, and her involvement with a yoga practice weight-loss clinic. Upon their move to California, it was meant to happen that she start a new clinic.

I also recalled how Jon would use yoga strategies for mind-quieting and stretching particular muscles to help his golf game. 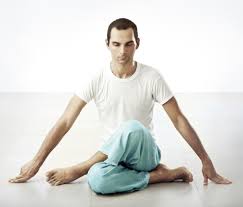 Here’s more on Yoga for weight-loss

Jon proceeded to tell me about a private wine-tasting gathering hosted by Becky’s yoga club as a Christmas party.

There were eighteen people there on December 22, 2010, the same night as the mindfulness meditation session, which I had already put behind me.

The yoga club had invited a wine expert to bring in several wines from around the world, in addition to California wines.

Everyone in the group brought a covered dish that would complement good wine, and Becky made her famous crabmeat and artichoke dip, which I remembered well.

Jon said when they arrived at the party, there was a lovely middle-aged woman, elegantly dressed, softly playing the violin, accompanied by a man in a tuxedo on piano.

A Mind in Shock!

Each individual was handed a flyer about a worldwide mindfulness meditation for world peace to begin at 6:30 PM (9:30 PM Eastern time).  I said to myself, with a lump in my chest, “WHAT!”

My eyes FLEW WIDE open at what I was reading.

I felt like what A Course in Miracles says, “Around you angels hover lovingly when in the dark…”

Jon said in his letter the first thing to catch his eye on the flyer threw him almost into shock.  Ecstatic, he didn’t know what to think as he stared directly at my name and prison address centered at the top of the flyer.

He pointed this out to Becky, and they gazed at it in awe.

Here’s a highly suggested system for serving the Law of Attraction!

Jon asked Becky to see what she could find out from Reba, an older woman and the leader of the group.

He said his first thought was it must be a prank, but immediately dismissed that thought, as he knew I was in prison.

Then Jon said that he knew that whatever was happening, was meant to happen, and it had to be good.

A Course in Miracles states, “The holy instant is your invitation to love to enter onto your bleak and joyless kingdom, and to transform it into a garden of peace and welcome.”

From that prison cell a voice, or, more clearly defined as, a pure thought, had hit me, saying to, “Just focus on what you can control.”

Then I began piecing the puzzle, so to speak, together, for myself, so that one day when I am reunited with Jon, perhaps with our golf clubs, we shall laugh together as we bring the golf course to its knees.

(More on this story is yet to come!)

To your own mindfulness connections with the world,

Posted in Uncategorized and tagged a course in miracles, cause and effect, focus on what you can control, meant to happen, mindfulness meditation, presence of mind, what's meant to be will always find.