Here’s proof why true forgiveness heals and will get you quickly over anger and on to the life YOU want with happiness.

How to overcome feeling lost and confused in life through the power of self-forgiveness, and forgiving others can be made easy.

It’s your best life coming forth when you accept the idea of the real and true meaning of forgiveness.

She looked beyond and found true forgiveness heals being the better life factor.

In her book, Why I Stayed, Gayle Haggard, the wife of, Pastor Ted Haggard, never imagined she would have to face this kind of trouble and pain brought on by her husband.

Mrs. Haggard turned on the radio one morning to listen to a talk show. It was on which a masseur in Denver stated that he and her husband had been involved in a three year homosexual affair.

Likewise, that the Pastor had obtained illegal drugs from him.

But was later to receive his confession of the truth to it all.

Ted Haggard was the Senior Pastor of a good size member New Life Church. Likewise,  the highly respected President of a wonderful group which helps others.

More importantly, Gayle had loved him for the past 28 years, and they have five children. At least she thought she knew him fully.

But when Ted told Gayle the allegations were true, her world shattered.

Suddenly, everything in her life was at stake, her beliefs, her marriage and family, and her friends.

Some of her closest friends would go on to tell her she was living under the deception of a “homosexual spirit”. As well, that her husband was leading the church under that same spirit.

They said that under Ted’s dominating leadership, she had been forced to maintain tight control over the women in the church. It was where she help a special ministry of her own, to counsel women who sought for spiritual guidance.

Gayle’s friends urged her to not stay with this man any longer.

She was in a position to end the marriage and take her husband financially for everything.

It would mean, setting herself and children up with a new life and with financial security to last a lifetime.

With the support of her friends to do just that, she chose otherwise.

Most importantly, rather, would help her husband, instead.

(By the way, if you’re troubled over a situation with infidelity of marriage checkout a related article here I’m sure will help.)

But as Gayle struggled to understand the perspective of her friends and their cruel actions, she mourned the loss of her friendships.

She thought lovingly of the past when they were close friends and spent much time sharing their hearts together.

Although part of her felt betrayed, she really didn’t blame this small group of friends. She chose to see them simply in fear for her.

Gayle chose not to blame what she called the “separate ideology” that had come between close friends.

(Here’s another related showing proof why: total self-forgiveness will get you the life YOU want:)

But, regardless, her book which I highly recommend goes onto portray how she laid on the table what others call a “risk of love”.

Yes, in order that her True Thought System could take over, by making decisions for her and begin the healing process, by undoing the errors.

By doing so she set on a healing path for both her and her family that her friends were against. 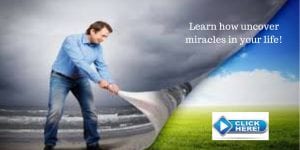 I suggest this video for healing whatever is going on in your life!

She chose to live by her true expression from behind the dream of fear and doubt. And, rather than living inside of someone else’s dream.

Does this make sense for you now about true forgiveness heals for leading your life?

I have learned so much from Gayle’s story and am excited over its portrayal of true forgiveness. It does not mean we may not hurt for a while.

It doesn’t mean you won’t still need to grieve your loss.

But it does mean that Gayle was willing to let go and be willing and ready, to “overlook” Ted’s errors by “looking beyond” them to who he is in reality behind the dream of ego-based fantasy.

This “overlooking by looking beyond” is only a denial of the ego, and this brings you to the sensation of Home, which is, Heaven!

Make no mistake even when true forgiveness heals will most likely cost you something in the material world.

Gayle’s forgiveness of Ted cost her that particular church, her life as she knew it, many of her friends. Surely as well, a severe setback in financial security.

However, this forgiveness also caused her to let go of the “right” to make her husband suffer more for his mistakes.

When the media asked her if she’d forgive her husband, the Pastor, in the future if he were to fall into the same pattern again, she was honestly ready to answer.

She honestly said, “I’m not sure if I could handle that same betrayal a second time”.

Gayle basically added that the important thing is, right now at this moment, her heart was not being “put to a future test”.

She concluded in that the way she was now seeing her husband she had no reason for such a possibility to even enter her mind.

Wouldn’t you agree, that when we’re sick or frustrated, or doubting, or angered, or frightened, that it is because the body is sensing its own limits?

All of these fearful nuances, or limits, are intrusion into what all your life has been seen by yourself, as “your space”.

We’re violated, it seems, and why true forgiveness heals.

This becomes a seeming attempt to take over your territory, your body. This is the gap between you and your brother/sister, and is where war is waged with others.

Sickness enters and you identify with it. Thoughts occur, such as, “my doubts tell me this”, and my frustration shows me that “. We may even say, “My cancer is killing me”.

But these came to you from the gap you made which separates you from your brothers/sisters. That, which is why they appear to you as “others”, the figures in the dream of life in this world.

Now think about this: This gap,- your body included, can be seen as the thin illusory screen your projections are pictured on. Every motion picture has its theater screen.

This thin screen you have put up so that your projections can be viewed is blocking you. Yes, certainly, blocking you off from your real Home.

When you stop the projections the screen is no longer needed.

No one wants to look at a blank movie screen. But regardless, your expression continues to be you.

Therefore, you can remove the screen. Or go around, yes, “go beyond it” to accept the reality of your own expression of yourself. 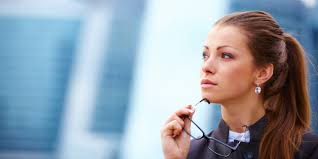 This Women’s Life Confidence program has helped many

A television commercial for cancer treatments proclaims, “The cancer does not have you, it is you that has the cancer”.

With this kind of wrong-mindedness it is apparent why we fear the only alternative to the projection of fear, which is extending Oneness.

Once you are willing to see behind the screen, the image of ego made by and of you is gone.

The screen is the dream and true forgiveness heals to rescue you.

God, of course, is behind this illusion waiting for you to let go of it.

But even though you continue to project due to just being here on Earth, the ego still is a tiny part but can be mostly in the background.

The Course in Miracles teaches us that:

Your real expression which is God does not have these sicknesses. Nor does He have the turmoil that goes with them.

If you live in fear then you cannot see that you live in God. The illusion of your fears becomes your jailer that insists you are incarcerated within your body.

(Let’s go deeper in a related article on: why deep within we all yearn for how to remove fear from mind.)

To healing and a wonderful life,

PS:  I invite you to sign up RIGHT HERE.  Or in the footer below for the EVERYDAY MIRACLES newsletter. It’s where we (you the reader, and I, the author) bring our mind together for self-success.

PPS. Welcome to my website. Please feel free to tool around through the menu and see what others are discovering!

And for a better life. 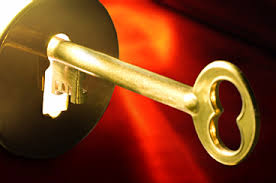 I write as reflections of A Course in Miracles, or see the display at Ozark Mountain Publishing Co.

Visit the rest of my blog, self-help library, other articles. Also, webinars and lectures, and more, also for A Better Life Podcast.